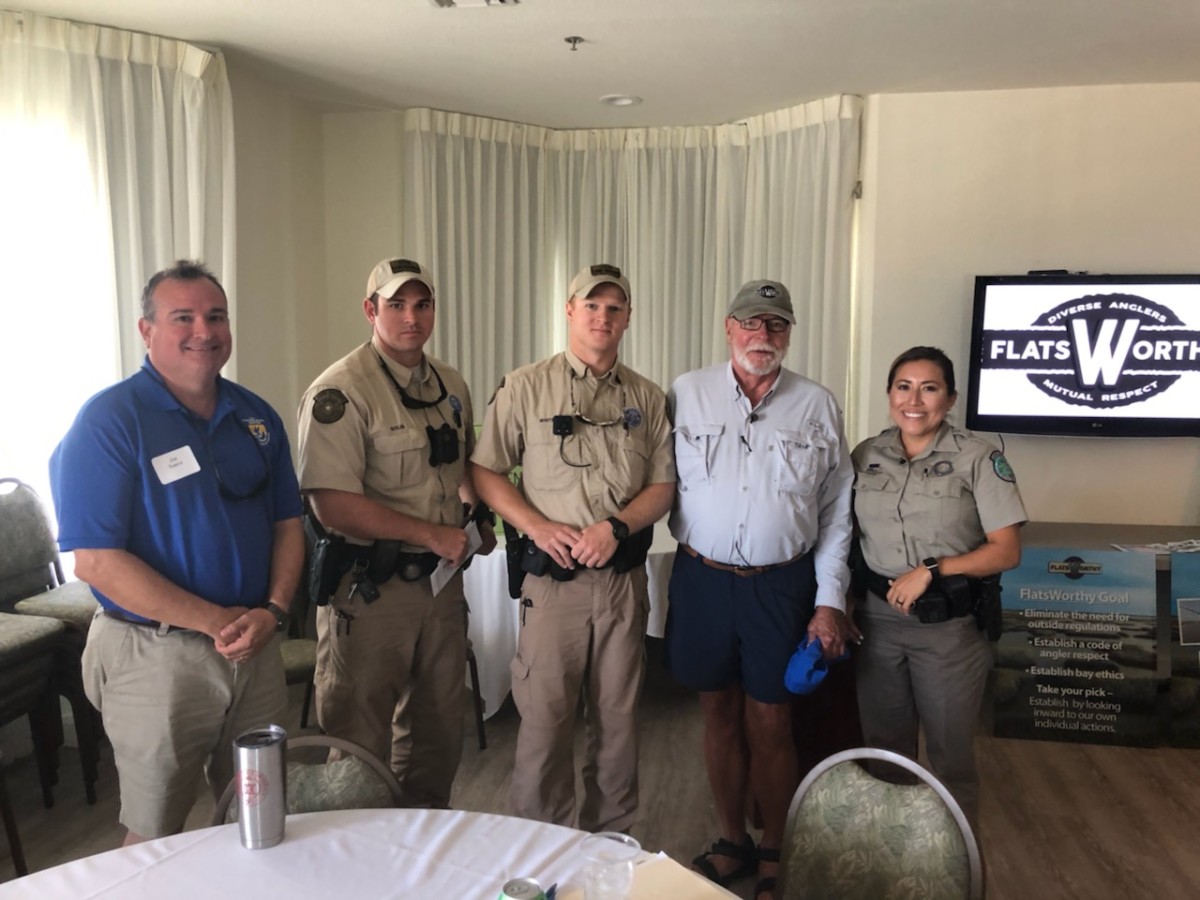 Yesterday FlatsWorthy held an Advisory Board meeting. The film crew for Lone Star Law was on hand to begin filming for an upcoming show highlighting FlatsWorthy and our efforts here on the Texas coast.

The morning started off with some great presentations. President Chuck Naiser gave opening remarks and thanked everyone for their hard work. He then introduced Major Ellis Powell with Texas Parks and Wildlife Department. Major Ellis talked about the support they had for the mission of FlatsWorthy. He also reinforced the department’s goal of compliance.

Next up Dr. Jennifer Pollock spoke about the Oyster Reef Restoration projects along the Texas coast. She highlighted the importance of the oyster reefs on the biodiversity of the flats and bays.

Joe Saenz from the Aransas National Wildlife Refuge took the podium to talk about current conditions since Harvey. Grant money is coming into the refuge to pay for all new buildings which were destroyed in the hurricane. Additionally, funds will be used to work on shoreline repair and restoration projects. Joe then expressed hope that an upcoming meeting with the GLO would settle jurisdictional issues allowing for the reopening of parts of the Refuge to boat travel.

Dr. Kelly Dunning spoke about grants which FlatsWorthy is involved in and is a partner in applying for studies. Dr. Dunning has accepted a new position with Auburn University but remains committed to FlatsWorthy and our cause.

Megan Glidden was excited about the opportunities to incorporate FlatsWorthy’s mission into the new 4-H sportfishing program. Over the summer FlatsWorthy, along with other local organizations, participated in the 4-H summer camp. As the sportfishing program develops and takes off, it may be adopted in other area 4-Hs.

Karl Hattman with Persona Digital Marketing talked to the group about the website. He also shared stats on the web traffic and made a couple of recommendations on how to keep and increase traffic to get more engagement, which should translate into more members.

After lunch the Advisory Board convened to discuss the direction of FlatsWorthy. After a meaningful discussion the meeting adjourned.

FlatsWorthy encourages anyone who is concerned about respect for all user groups on the water to join our efforts. This is a time of growth and you want to add your voice to this growing movement.