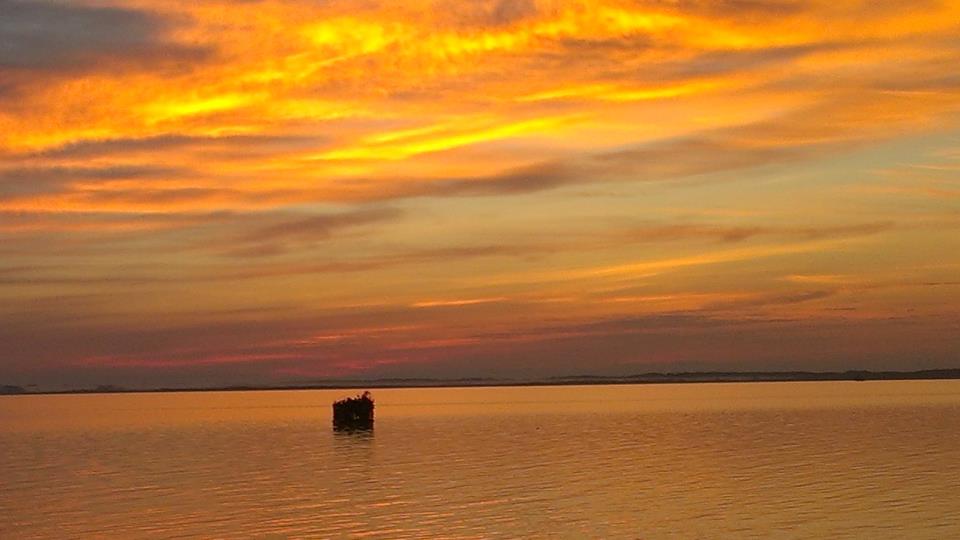 In the years leading up to October 2015, all fishermen who plied the waters in and around Rockport noticed a tremendous boost in the number of people using the resource. The old saying that they’re making more boats, but not making more water certainly was appropriate. The amount of boat traffic created a competitive atmosphere among users, especially surrounding some of the more popular fishing areas. We all witnessed the conflicts, which arose mostly as a result of poor sportsmanship. It must be stated that while we all enjoy equal access to this public resource, none of us has proprietary ownership. In other words, if someone beats me to my favorite fishing spot, it’s his. Bully for him.

We recognized that this problem is a dragon with many heads. And having experienced firsthand the difficulty, trappings, and shortcomings of seeking legislative relief, it became painfully apparent that we had only two other options. We could either do nothing, or we could engage user groups to establish a civil avenue for dialogue. Too often, people remain on the sidelines and question why “they” don’t do something to solve a problem. That’s why FlatsWorthy was born. There is a tendency among certain people to claim no mea culpa. We witnessed our share of the blame game and finger pointing.

The FlatsWorthy movement is a sincere attempt to seek solutions. We recognize this problem is self-inflicted, to a point, and accept the challenge of fixing it ourselves.

To further this goal, we invited representatives from all user groups, so each could provide their perspective, voice opinions, express concerns, and, ultimately, all could join forces in this noble endeavor.

The most obvious division among user groups was between air-boaters and fly fishermen. So, one of our first objectives was to find common ground. To understand their positions and fears, we met with air-boaters privately. During those meetings, we explained that FlatsWorthy does not exist to tell anyone how they must behave. I told airboater David Nesloney that as long as I had anything to do with the organization, I would not seek to prohibit air-boat access to navigable waters. It would be foolish to ask for someone’s cooperation while secretly or openly trying to eliminate them as a user group. This would be deceptive and simply ineffective.

On the institutional side, we organized several public meetings to highlight and educate ourselves on key environmental issues and concerns within the Aransas National Wildlife Refuge (ANWR). Later, we also met separately with a representative of the owners of San Jose Island and officials at Goose Island State Park. During meetings with ANWR staffers, controversy arose over access to the refuge. This resulted in the refuge director determining that most of the refuge’s navigable waters should have never been open to boat traffic. While we have chronicled the sequence of events that followed in a separate document, the controversy lingers. Part of this issue, involves the misguided notion that FlatsWorthy somehow played a role in restricting boat access to the refuge. My plan is to combat this falsehood head on through public discourse. I assure you, none of the resulting restrictions on refuge access were caused by FlatsWorthy’s actions, influence, or intent. This is a story for a different day.

Originally, FlatsWorthy focused mostly on eliminating bay conflicts and promoting boating etiquette. These goals remain in place, but our focus has expanded and shifted, mainly because of the environmental destruction from Hurricane Harvey.

We had built momentum that culminated in FlatsWorthy organizing the placement of a barricade across the entrance to a diversion channel in the east pocket of St. Charles Bay. This artificial channel was created by boaters carving a shortcut through sensitive marshland. The unnatural waterway threatened to eliminate or shrink traditional whooping crane feeding grounds.

Obviously, our effort to create harmony on our bays was interrupted by a Category 4 hurricane, which threw Rockport and surrounding communities into survival/recovery mode for months. However, during this time, many doors opened, allowing us to forge relationships with agencies and institutions, such as University of Texas Marine Science Institute (UTMSI), ANWR, Coastal Bend Bays & Estuaries Program (CBBEP), Mission-Aransas National Estuarine Research Reserve (NERR), Harte Research Institute for Gulf of Mexico Studies (HRI), Goose Island State Park (GISP), and Texas Sea Grant. These relationships have expanded our reach and influence, boosted our brand, enhanced our profile, and raised our credibility, while providing FlatsWorthy access to countless scientists and volumes of research materials.

We have reached a point, where representatives of FlatsWorthy no longer must explain to everyone who we are. We have a public and academic presence that most people know and understand. This saves time, opens more doors, and hopefully furthers our mission. Ironically, Harvey sparked some of these opportunities, and we seized the moment.

Our partnership with UTMSI may result in a three-year project to study and measure the effects of Harvey on coastal resources and the people who access it. But that’s also a story for another day. We are currently wrestling with many habitat questions, which involve needs more pressing than the etiquette issues that sparked FlatsWorthy into action. We have not lost sight of our early goals. They remain as primary objectives.

But gaining a greater understanding of immediate habitat issues will ultimately lead to dialogue about boating courtesy, while fostering better treatment of and respect for our sensitive playgrounds. But respect must extend far beyond the bows of our skiffs. FlatsWorthy intends to stave off potential damage to the plant life that stabilizes our barrier islands. We plan to produce a video documenting the ongoing changes to San Jose Island brought about by the two-year extreme high-water levels and subsequent forces of Harvey. We want to know how dynamics at play impacted the island’s stability, water quality, and marine life. And we want to know how man can avoid being part of the problem.

In a sense, Harvey created a classroom for study. Again, this video could become a teaching tool to engage and enlighten civic groups, classrooms, and other organizations. At the very least, this educational program could spark a greater interest in stewardship and dialogue about etiquette on the water.

In the beginning, FlatsWorthy was encouraged to establish satellite groups along the coast. But recognizing we didn’t have a clue what we were doing, we decided to delay expansion until we have fully developed a successful plan to address local challenges. Since then, we’ve fought battles, garnered support, and exposed naysayers who just don’t understand our intent. After three years, I’m confident we know how to present ourselves in a non-threatening way to the reasonable users of our coastal waters. No one wants rules dictated to them regarding their angling/boating habits. But, again, FlatsWorthy is not telling them to behave a certain way. We are asking them to behave responsibly.

Our future success will depend upon the Advisory Board and the public at large developing common knowledge and focus of our intentions. We hope each of you will further our credibility in conversations about our actions and goals. I’d like to hear your thoughts along the way. Keep in mind that our goal is simple: to leave this place better than we found it and, by our efforts, make it better for the future.

chronicles chuck naiser future goals who we are