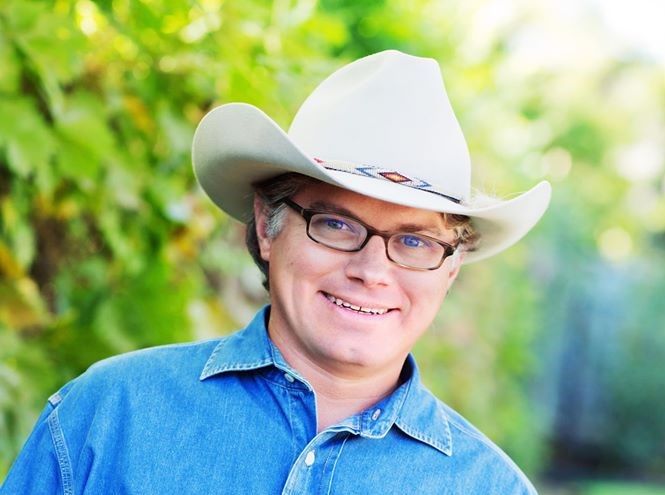 Jason Hawn, Associate Broker with Republic Ranches, is also the co-chair for the Region 8 Gear up for Game Wardens. This program provides vital equipment directly to Texas Game Wardens through private and public donations. FlatsWorthy President Chuck Naiser recently chatted with Jason about this program, and a little bit of fishing, too.

FW: You grew up in the Victoria and Corpus Christi area and lived the “ranch life.”

JH: Yes, I was in a position through family and dear friends to be exposed at a young age to hunting and fishing, and the work that goes along with running a ranch. I have a deep appreciation for the Texas outdoors and what I consider our most valuable resource.

I take great pride in being steeped in the culture of South Texas. To split the difference, my grandmother grew up in Rockport, and her family have been in that area since the Dust Bowl. They fled the Northern Plains of Texas and fled south because her great-great-grandfather had to feed his family. So he packed up, left the farm, and headed to the Texas coast with his rod and reel. They eventually settled in Rockport. Through my great-uncle Linwood Eller I got to hear wonderful stories about him guiding the game wardens late at night because he knew those back bays better than anyone. Mesquite, Carlos, San Antonio, Copano. He could run them without lights. He knew where those netters were.

FW: What was your early fishing experience?

Off of a pier behind my grandmother’s house at Copano Bay. She let me have a long leash and she let me go out on that pier and fish whenever I wanted. I would take my 5 gallon bucket out there and fill it up. The largest trout I ever caught, I was 6 or 7 years old, and I could barely hold it up. It was as big as I was.

FW: So you went to SMU and became a consultant in the communication field.  There you met Jack Gullahorn, who was GCCA’S lobbyist during the Great Redfish Wars. Tell me about your consulting work.

JH: It was somewhat short-lived. I learned how the sausage was made and realized I didn’t want to live in a sausage factory. I had moved to Dallas and realized it was too far from the coast. So I looked into my options. I figured Corpus was too close to home and I didn’t want to go back to Victoria, so I looked at Austin. So I got an internship which turned into a job at Public Strategies Incorporated. Jack was a partner in that firm. One of his pride and joys was a print of a redfish that was bestowed upon him when he got the bill passed to make the redfish a Texas state game fish, and thus under the regulatory size and limits. That’s how I learned what Jack had done and I admired him and still do to this day. As a young man who loved catching redfish that endeared him to me greatly.

FW: You also grew up with early activists Venable Proctor and his family, didn’t you?

JH: Yes, when we moved from Corpus to Victoria when I was 9, when I wasn’t at my grandmother’s fishing or hunting, many of our friends had homes in Port O’Connor. Many of their homes were at Alligator Head. That was ground zero, being that the Fondrens and Proctors had a place there. Through one of my best friends, Shannon Stouffer, her father, Jim Stouffer was friends with them their entire lives. Unbeknownst to me I was exposed to these people. Not until I grew up I understood what they had done and how meaningful that was.

FW: Port O’Connor was ground zero for the origination of GCCA. It gives you a great connection to the resource.

FW: If someone didn’t know, what is the objective of Gear up for Game Wardens?

JH: To support our Game Wardens with the equipment they desperately need to do the job they are tasked with. A component of that is really educating the public on what the tasks are for our modern Game Wardens. A lot of people think they are strictly in charge of oversight of the game laws in Texas. In our modern era there is so much more that goes into it. They are tasked with interdiction, illegal immigration, search and rescue, water rescues, anytime there is a flash flood. In a rural setting, the first call is usually to a Game Warden or a Sheriff’s office. And the Sheriff usually calls the Game Wardens. They are familiar with the areas and the ranches. They are out there everyday, they know the backroads, they know how to open gates, how to track.

People think “Why do they need thermal binoculars or drones?” Anytime a hiker goes missing, or someone with dementia wanders off in a rural area, the game wardens are out finding these people. With tools like a thermal drone, they can put it up in the air and cover a lot of ground quickly and find that missing person. Then have the resources to get them quickly, whether it be 4-wheel drive or an ATV. We have a lot of ATV needs. A lot of people think “doesn’t the state support the Game Wardens and buy the equipment for them?”  Anyone who knows anything about government in Austin, Texas, knows that pie gets sliced up quickly. It’s unfortunate, being the largest law enforcement agency in Texas, they don’t get adequately funded. That’s where Gear up for Game Wardens comes in. Gear up for Game Wardens is a group of concerned citizens who can come together and fund needed equipment, and put it in their hands quickly, normally within 30 days.

FW: It’s a cure for a funding and procurement time problem that the Game Wardens have. To circumvent that, Gear up for Game Wardens comes in, determines the needs, secures the funds, and quickly puts that resource in their hands.

JH: Exactly, it’s a private-public partnership. It’s a product of where we are in our government. You see them all over. Look at universities. They are funded through grants and donations from individuals in a large capacity. We are no different.

FW: You are a 501c3, a non-profit, so any donation is tax deductible to the extent that your individual situation allows, correct?

JH: Right. 100% of funding goes directly to that equipment. We have no overheard whatsoever. That is because we work with the Parks and Wildlife Foundation, who handles all our administrative needs. So we give 100% of our funds to the stated goals. You’ll be hard pressed to find another organization who can do that.

I can talk until I’m  blue in the face about how great it is, but what really drives home our mission is when someone talks to a Warden. They see the integrity. They are the most educated law enforcement agency we have in Texas. Their training is 7 1/2 months long. Their ongoing training is extremely intense. I do the best I can communicating the message of the need, but when people actually engage with a Game Warden and understand what they are doing, and understand the importance of their role in our law enforcement community, that is what sells this program. And it sells itself.

FW: They are an elite law enforcement agency. The more I am with them, and talk to them, I am impressed with what a cohesive group this is under great leadership. Whether we support them through taxes or whether we give direct donation, it still costs us. I would prefer to give directly to this program for direct acquisition of specific items that they need right now, today. I applaud you for your efforts. You also donated to FlatsWorthy and the curlew project, and I really appreciate your support.

JH: I appreciate what you and FlatsWorthy are doing. That curlew is going to be a great resource in our shallows to mitigate some of these bad actors. I can’t wait to see our Game Wardens on it running up a shallow slough. I sure hope we can put more of them on the coast. Hopefully this is just the beginning.

FW: Thanks for being a friend to the coast and to FlatsWorthy and to myself.

JH: It takes a community. I’m happy to be a small part of that.