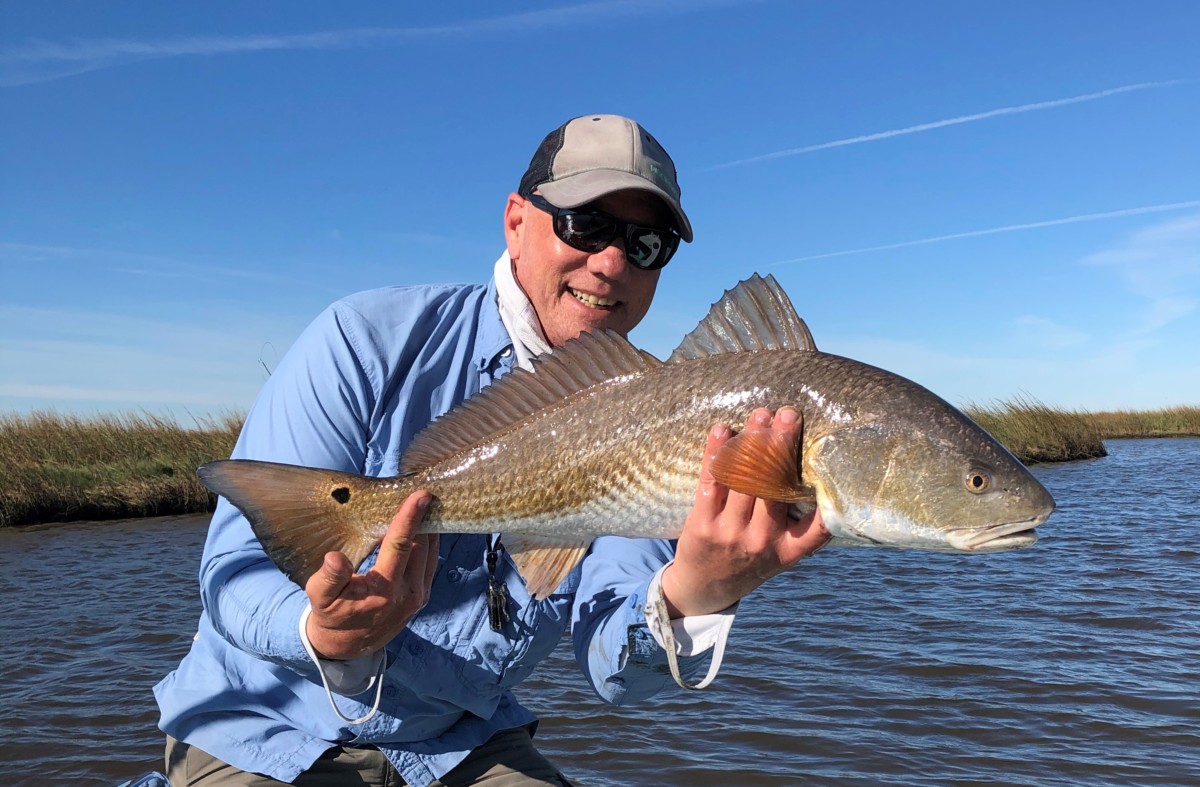 FW: Tell us a little about your background in the outdoors.

SS: Started getting on poling skiffs at 8 years old. I fished in the Everglades National Park in Florida. My uncle was a guide down there for 35-40 years and my dad was an avid fisherman. I got to fish a lot down there as a child. Florida etiquette concerning the fish was far different from the current etiquette, or lack thereof, in Texas.

FW: Can you expound on that?

FW: When did you start guiding?

SS: 1999 in Galveston. It was impossible to be a fly only guide at that time. I fished conventional tackle as well as fly tackle. I’ve always had heavy involvement in tournament fishing as well as fly fishing. It gave me a dual perspective of time on the water.

FW: What was the source of your clients early on?

SS: I got a few from the shops, but mostly from the fishing shows. It was also the early days of the internet, so that was a small portion. I also wrote for Texas Saltwater Fishing Magazine, wrote a few national magazine articles. I currently write for Gulf Coast Mariner magazine. I’ve always been an active public speaker, with multiple presentations annually.  Conservation and etiquette always makes its way into my work.

FW: What are the issues you face in the Galveston complex that are causing difficulties for the users?

SS: Much of it is just ignorance or lack of knowledge. Not knowing how to get somewhere, how close you should be to another boat, being around kayaks and wader fishermen. I think it’s getting worse as we add new boaters every year. A lot of these people are not experienced in how to handle different situations. I think a great deal of educating new boaters falls back on guides. A lot of those people booked guides before they bought their own boat. So if the guide isn’t showing proper etiquette, then the new boaters have no behaviors to model.

FW: How do you see FW as fitting into your problem areas?

FW: When you see a problem you can either come up with legislative solutions, you can do nothing, or you can create a dialogue. And what we are is a dialogue.

SS: If we sit back and wait without proposing solutions to the problems or opening the dialogue, the next step is legislated solutions, which hurt everyone who uses the resource. If I have a goal, it is to avoid the forced solution. I’d rather come up with one which benefits everyone involved. Since we are the problem, we should seek the solution.

FW: Do you see a future for a Houston chapter?

SS: Absolutely! I’m looking forward to a leadership role and my experience with both fly and conventional tackle can hopefully bring a broader audience.